Marketing psychology: 4 things you might not know about scarcity and FOMO

How to get more loyalty program members

The story of anticipation, as told by a consumer neuroscientist

QSRs using psychology to navigate uncharted territory ahead of holidays

It's that time of year again when retail brands are taking advantage of Amazon Prime Day, Black Friday and their own branded events ahead of the holidays.

But they're not alone. Marketers in the QSR space are also leveraging the same consumer psychology tactics behind what makes these days so successful.

And it makes sense. As all brands navigate an uncharted territory, it has been difficult to engage consumers who are inundated with more digital outreach than ever before.

To gain more followers on social media, Shake Shack offered a chance for ten fans to win limited-edition bottles of the brand's popular sandwich seasoning. The scarcity of the product signaled that it was intrinsically special. Shake Shack not only told consumers to follow its Instagram profile, but to tag a friend in the post. 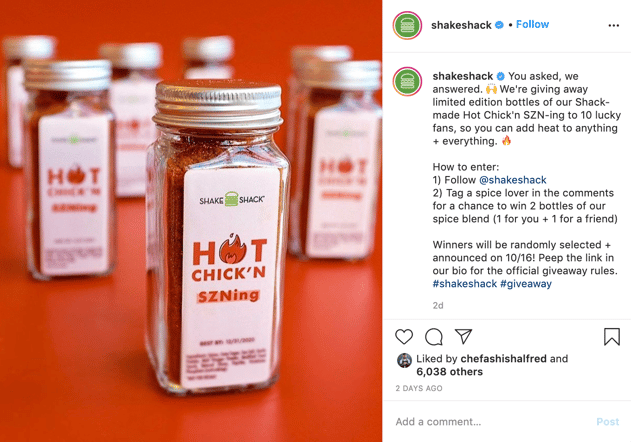 Jack in the Box

To promote its plant-based "Unchicken Sandwich", Jack in the Box found an interesting "on brand" way to grab consumers' attention, while also keeping them safe during the pandemic. The brand is giving away a free chicken-scented face mask for one day only. The mask will go to the first 1,815 people who claim it on jackinthebox.com/chickenfacemask, according to the company's rules page.

As an attempt to get more in-store foot traffic, Krispy Kreme is offering free doughnuts on specific days to customers who show up in Halloween costumes at participating locations (or their drive-thrus). 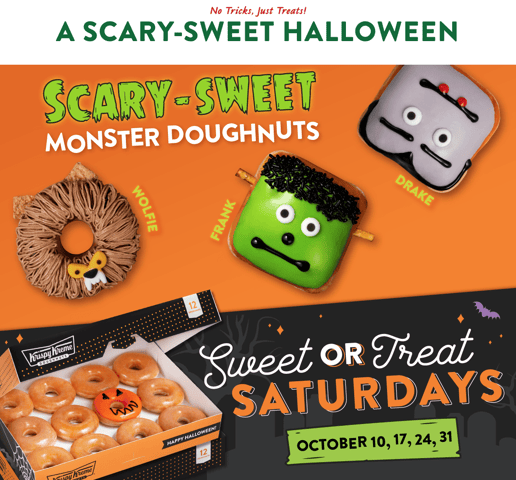 To acquire more followers on Instagram, TikTok and Twitter, Chipotle rolled out its festive "boorito" in a new way for their brand. The company stated in a news release it was "giving fans a chance to virtually trick-or-treat for half a million BUY-ONE-GET-ONE (BOGO) entrée codes via text." 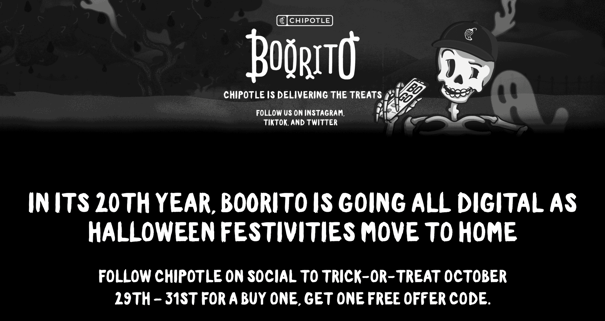 "A total of 500,000 BOGOs will be dropped via TikTok, Twitter and Instagram from October 29 to October 31. To claim their BOGOs, fans will have to act fast and text the valid keyword to 888-222 before Chipotle's virtual House of BOGOs runs dry. The BOGOs will only be redeemable via the Chipotle app or Chipotle.com on Halloween, October 31."

This growing chain celebrated its ten-year anniversary by incentivizing app downloads. Dog Haus did this by offering a deal that could only be redeemed with its in-app scanner. 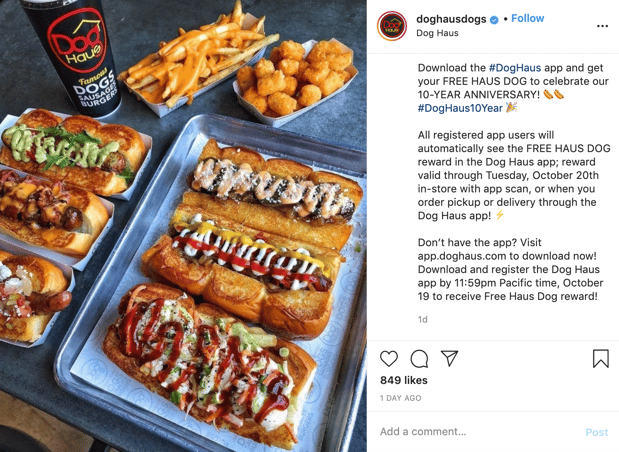 To hype its new Spicy Ghost Pepper Donut, Dunkin' wrote in a press release: "Nuggets are on notice, sandwiches be warned, and move over tacos: a donut is now heating up the battle for spicy superiority."

The brand used anticipation tactics on social media, similar to the ones seen around Popeyes' chicken sandwich, to promote its seasonal donut.

So retailers aren't alone this time of year: QSR brands are using anticipation, scarcity and fear of missing out in the midst of a chaotic environment to engage distracted consumers with unlimited options.

One secret to getting ahead of the curve in QSR (Hint: It’s urgency marketing)