The psychology behind competing for the best bargain 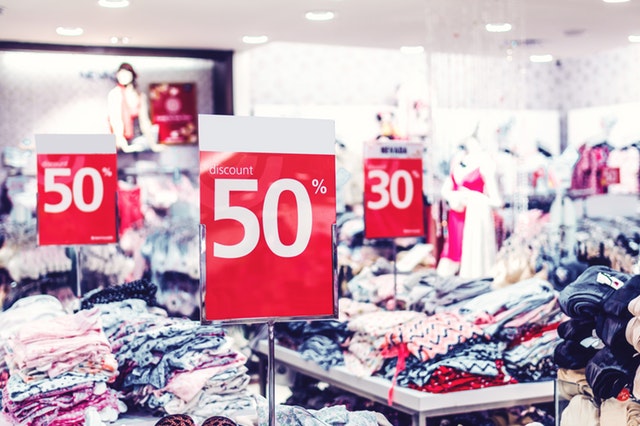 This post is part of a series called "B2C Psychology 1.0."

The innate desire to win is a trait that comes from our earliest ancestors. Competition, like scarcity, was once a mechanism used by humans in order to survive.

Today, we don’t have to rely on winning in order to live, but sometimes it still feels that way. And marketers have found that creating a competitive environment can mobilize people to make a purchase.

This post is part of a series called "B2C Psychology 1.0," exploring how the perception of specific marketing tactics can affect a buyer’s behavior with Consumer Psychologist Dante Pirouz.

Obviously competition is in our nature. That’s why Pirouz’s research doesn’t stop at humans. She also studies the behavior of animals, like chickens and bees, to see how it overlaps with that of people.

“Competition is a big deal in the animal world,” Pirouz said. “We dampen that because we have social rules that govern how we compete with one another. We don’t want to go toe-to-toe all the time because we want to try to get along.”

Humans have their prefrontal cortex to thank for abiding by those social rules. That’s the front part of the brain, which has developed over time and is where judgment lives.

But when competition is tapped into, Pirouz said it elicits an emotional and visceral response in animals and humans alike.

The drive behind competition

Making purchases is just one arena where people can compete.

As an example, let’s take shopping for a big screen TV on Black Friday (an activity that some use like sport), where only a limited number exist at a discounted price.

“It seems a little silly to fight over a big screen TV, but I think that often for consumers, the TV is a proxy for self-identity,” Pirouz said. “It could be that you want to get that price because that can demonstrate your prowess and ability to hunt for the best bargain. And you want to dominate over the best players out there. Scarcity is built into that. But on a very fundamental and behavioral level, we have all felt that very strong drive to compete with others and knock them out of the arena.”

A driving force behind why someone would want to buy a product in a competitive situation, like a big screen TV on Black Friday, can vary. But it mostly comes down to an inherent belief the consumer perceives about the purchase.

“Signaling power in a social setting is very valuable,” Pirouz explained. “You can then use that to get people to do things, to get people to cooperate with you, to get resources, admiration, social status.”

The list went on, but the point was clear: Being a person with social capital can be beneficial; therefore, people naturally compete for it in the arena of purchases.

On top of driving sales because of what a purchase could signal, Pirouz explained how competition can motivate consumers who are resistant to change to jump into the marketplace and try something new.

“The push is always to get the early adopters to try out the product or service,” she explained. “They get a lot of social capital out of being experts.”

Once early adopters and influencers are on board with a new product or service, consumers in the middle of the market start jumping in.

“Often, you can get competition happening between consumer segments,” Pirouz said.

The competitive nature between groups can also be traced back to the earliest days of mankind, when tribes fought for food sources.

“I guess nowadays it’s a big screen TV, but it’s a proxy for what our ancestors were really good at, which is why they survived,” Pirouz said.