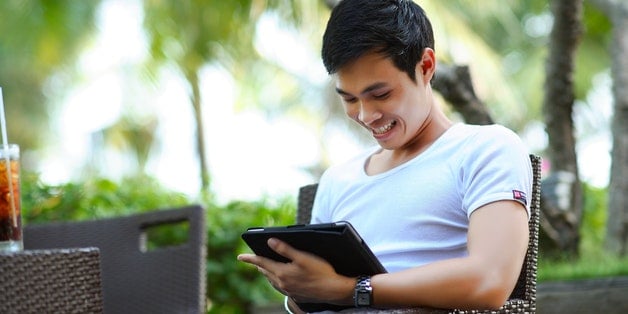 How well do you truly know your customers? Most brands would argue that they know their target market to a tee, but the true test comes down to two words: social identity.

We briefly discussed the concept of social identity in a previous blog on culture, class and community — three motivators for fueling purchases — but wanted to take a deeper dive into how a consumer’s personality drives their decisions.

Dr. Sara Dommer, an assistant professor of marketing at the Penn State Smeal College of Business, spoke to us about how social identity affects the consumer journey, tactics for engaging customers and the benefits of leveraging social identity in your marketing campaigns.

What is social identity?

“Social identity is the portion of ourselves that is derived from membership, and that membership might be real or perceived in a relevant social group. That may be based on something like demographics (culture, race, being a parent), hobbies, or affiliations,” Dommer said. “They have the potential to influence our behavior. What are other members of this social identity doing? Is this something someone with this social identity would do?”

Social proof is the psychological principle that describes how humans model their behavior based on the actions of other like-minded people in their environment. In the world of B2C marketing, it’s most often seen through reviews, influencer marketing and cult followings.

“We live in a world where word-of-mouth is incredibly important and seeing what other people in our social groups are doing. ‘Oh, they’re doing this so I must like this,' ” said Dommer. “One of the classic examples is JIF and their 'Choosy Mothers Choose JIF' campaign. The idea of saying, ‘Hey, if you’re a mom who cares about what goes into your child’s body, you choose JIF.’ And that’s showing a customer what they should be doing.”

Alongside social proof is one other area of psychology that heavily influences social identity. Consumers have pride in the things that they are affiliated with (sports teams, universities, etc.).

Because affiliations are one way social identities are formed, it’s important to look at social affiliations from a marketing perspective.

Consumers can also be affiliated with your brand. You know this as brand advocacy or brand love. Brand love is partially formed by how much a customer believes a brand is part of their identity. So much so, if someone speaks positively about a brand, a brand advocate will feel as though that person is also speaking positively about them.

“I would argue that social identity impacts every stage of the customer journey. There’s lots of research that shows we prefer products that reflect our social identity,” said Dommer. “So much of social identity when it comes to brands is helping us to distinguish what’s for us or what isn’t. There’s so much research that shows when we own things we believe are more reflective of us, we have greater attachment to them. To the extent that most of us value ourselves pretty highly, we’re going to value the brands that we associate with highly as well.”

Leveraging social identity is often done by leveraging tactics that allow consumers to see more of themselves in your communication channels. This might be in the form of your language, your advertising or your strategies like personalized messages or brand humanization.

“When we see people like us reflected in advertisements and marketing communications we automatically have more of a positive inclination towards those things because of this innate bias that we have within ourselves psychologically,” said Dommer.

You can also emphasize brand relevance through social identities by making necessary changes to your image aimed at making your customers feel more included (be careful not to alter the authenticity of your brand in the process).

“M&M just underwent some changes recently and said they want more people to see themselves reflected in the brand. So even something as simple as candy, how it looks and talks, can help people feel reflected in advertising,” said Dommer. “I would also think about all of the communications you have at your disposal. Are you talking like someone in your target market would talk on Twitter? You can imagine that the tone of voice used for soccer moms versus fashionable college students would be much different.”

This bias is known as in-group bias, a form of favoritism people have for others who belong in their same group. However, it isn’t the only psychological tool you have at your disposal. Consumers also have an affinity for groups they aspire to belong to.

If you’re a regular on social media, you may be seeing thousands of people showcasing the best parts of their lives. This could include luxury clothes, international travel, fine dining or any other seemingly grand experience or high-end purchase. Not everyone can achieve this status and yet many people, for the sake of content creation and fitting into a certain aesthetic, will try their best to do so.

This can mean buying products outside of one’s budget or modeling the actions of a beloved influencer. It’s aspirational behavior, and it can often influence purchase

“Within social identities there are reference groups, groups where we actually belong, but there are aspirational groups as well, groups we might not belong to but would like to. Social media and the influencer culture creates a lot of that aspirational behavior. We want to look a certain way and be a certain way. Our behavior can be driven by the things we hold, but also the potential self we’re trying to achieve,” said Dommer.

It can even be the opposite. If there are groups consumers want to belong to, there are also groups they want nothing to do with.

“We have dissociative identities, these are identities that we don’t want to associate with. Sometimes they’re referred to as out groups,” said Dommer.  “Maybe I used to do X activity, and I don’t want to be associated with that because I’ve left that identity behind.”

When a consumer is making a purchase decision, in hopes of being in a group or staying away from one, they may categorize that decision as either a need or a want. But it isn’t that black and white. Social identities can often make it where a purchase is both a need and a want at one time.

“Needs and wants aren’t always mutually exclusive. Even if I need something, at some point during the customer journey, I’m going to be considering different brands and evaluating different options and that's where my identities might come into play,” said Dommer. “Let’s say I need peanut butter, but when I start to think of what brand I should purchase, my social identity might influence the evaluation of my options."

At the start of our conversation, Dommer mentioned how a person can have multiple social identities. They could be a student, an athlete, a hunter, a parent. We asked Dommer if it’s possible for brands to appeal to all of these identities, or if it’s in your best interest to hone in on one specific facet of who a person is.

“I love this question because the honest answer is we don’t know. We know that most people have multiple identities that they identify with and yet the vast majority of research has looked at identities in isolation, almost ignoring the other ones,” said Dommer. “I think where research is heading examines this very question. What about the other identities?"

What about the relationships those identities have with each other? Having multiple identities might make for a well-rounded individual, but it may be difficult to satisfy all of who your customer is.

Flushing out the consumer profile will help guide whatever marketing promotions you put out. It’ll assist you in figuring out what sort of products are best for your customer base or what speech will resonate best.

“I think every company would say they know their target market. It’s the very first thing you learn, you can’t sell a product without knowing who to sell it to. But I also think companies also rely on a bunch of demographics because it’s easy to measure,” said Dommer. “Social identities and other psychographics can be harder to uncover. Okay, your target audience is moms but what does this mom like to do? What are her hobbies? The more you flush that out, the more impactful marketing communications you can create.”

Knowing your customers means knowing as much about them as you can, not just the surface-level information that comes from sign-up forums. Social identity can provide with you necessary data to help you create the most effective and informative campaigns possible.