The psychology behind high-end purchases 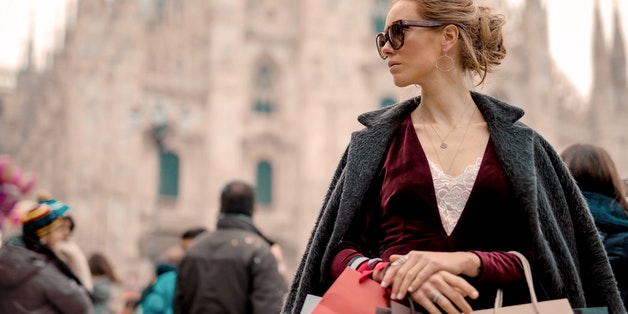 While many people believe money can’t buy happiness, there’s no debate that an abundance of money can provide humans with access to luxurious experiences. We know that humans love glamour, but what is it that motivates consumers to spend money on high-end products?

Dr. Sunyee Yoon, Assistant Professor of Marketing at the University at Buffalo, recently spoke to us about the psychology behind materialism and how culture impacts consumer buying decisions.

Here are a few takeaways from our conversation:

How did materialism get its start?

In order to understand why the psychology of materialism is so fascinating, you must first understand that humans aren't exactly wired to spend large quantities of money - it actually brings them pain.

Humans feel much more deeply when they’re “losing” something than when there is something to be gained. This is what psychologists call loss aversion, and it has a major impact on consumer behavior. Yet, some customers genuinely enjoy making large purchases.

Evolutionary psychology says this sort of exception to the rule has more to do with survival than emotional pleasure.

“…Mating desire increases our interest in luxury brands and products. When consumers are motivated to mate with somebody, they show a higher interest in luxury cars and designer clothes,” Yoon said. “Interestingly, it occurs more often for men who seek female partners, rather than for women who seek male partners. Why is that? Because success, wealth and intelligence, are highly desired for potential male partners by females.”

Not all consumers buy expensive products with romantic desires in mind. Others are driven by a desire to keep up with their neighbors, be in tune with the latest trends and be in as close proximity to wealth as possible. With the birth of social media, consumers are also able to base their purchases off of what they see on their friends' social media posts, as well.

“Even before the digital era, people bought and showed off their possessions. However, at that time, it was visible only to a handful of people who physically met the rich. It means that people, in general, did not know very well about rich people’s lavish lives because they did not have a chance to meet them,” Yoon said. “Nowadays, on social media, we are very easily exposed to the lavish lifestyles of other people we’ve never met. So people keep comparing themselves to others and easily feel deprived.”

This feeling is called FOMO or the fear of missing out. Yoon says FOMO increases one’s desire to buy or experience something similar.

“Rich people on social media may drive [a] Lamborghini and carry Hermès Birkin. Normal people may not be able to purchase exactly the same level of luxury, but they may find some 'affordable' versions, so-called masstige luxury,” Yoon said.

The cultural implications of materialism

Materialism affects everyone differently, especially depending on when you were born. Some generations spend frivolously, supported by the thought that life is meant to be lived. Others are more cautious, always preparing for a rainy day.

Generation Z is currently recognized as the age demographic most likely to support luxury brands. When asked why this is, Yoon says it most likely has to do with young people’s outlook on life.

“I think a possible reason is that young people these days know — or feel — that it is actually very difficult to succeed in society. If being successful is perceived as realistically difficult, people may buy luxuries that give them some illusion of success instead of working hard and saving more money for 'real' success."

Young people aren’t the only minority group vying for material success — and it's not always about how consumers look at life. Sometimes, it's about how they perceive their own power.

“People buy luxury when they feel insecure. Minority groups may be vulnerable to such feelings of insecurity because of their relatively low status in society or fear of falling behind. Marketing research shows that when people feel insecure or powerless, they show a higher desire for luxury products as an effort to compensate for their lack of power or control. Luxury gives us some illusion that we have status and power, so it attracts people who have low power or status,” said Yoon.

Having an innate desire for luxurious things comes with being human. Materialism helps to feed that desire.