If you’re spending a significant amount of money on social media ads that are inundating your consumers’ news feeds and timelines, we have a reason you may want to optimize this strategy.

Why? Well first, we’re always curious about how consumers are engaging with brands, so we sent them a survey about the most popular marketing platforms. Nearly 2,800 people responded!

One of the questions we asked was how consumers would best describe their engagement with brands who sent them communications via email, SMS/text, loyalty programs, mobile app, and social media within the past year.

Interestingly enough, out of all of the platforms, social media was the worst-performing platform for consumer engagement compared to the other channels. 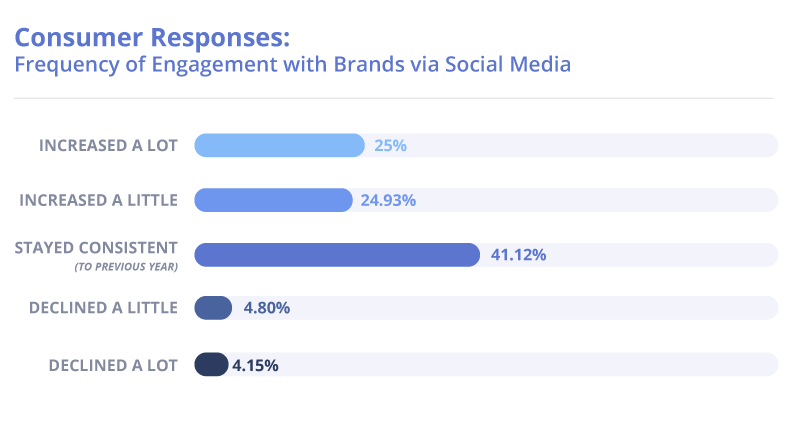 Comparatively, loyalty programs scored the highest with consumer engagement. Email came in second and SMS/text was a close third, followed by mobile app.

Taking all of that into consideration, social media ranked the highest among consumers for consistent engagement with brands to the previous year, as stated in the above chart. It also saw the highest number of consumers indicate their engagement declined over the year.

Many factors need to be taken into consideration when communicating with customers and social media is the forerunner of landscapes seeing a decline in engagement, trust, and overall use. Thus, going to show if you’re trying to grab the attention of consumers, social media might not be the most efficient or effective way to do it right now. If anything, the numbers show that customers seem to be more interested in engaging with brands on other platforms.

and get the latest product enhancements.