As a marketer, you’re probably sending emails to a database of people on a pretty regular basis. Despite traction of click-through rates that can signal whether people are opening your emails, it might feel like the content within your efforts to promote your brand isn’t actually resonating with the people receiving them. Especially if you’re not seeing direct sales.

Rest assured, consumers told us they are in fact still interested in your emails. Even though it can seem old-school and inundated, it’s definitely effective.

We know this because we’re always interested in how consumers are engaging with brands. To discover more, we sent them a survey asking how they would best describe their engagement with brands via email, SMS/text, loyalty programs, mobile app, and social media within the past year. 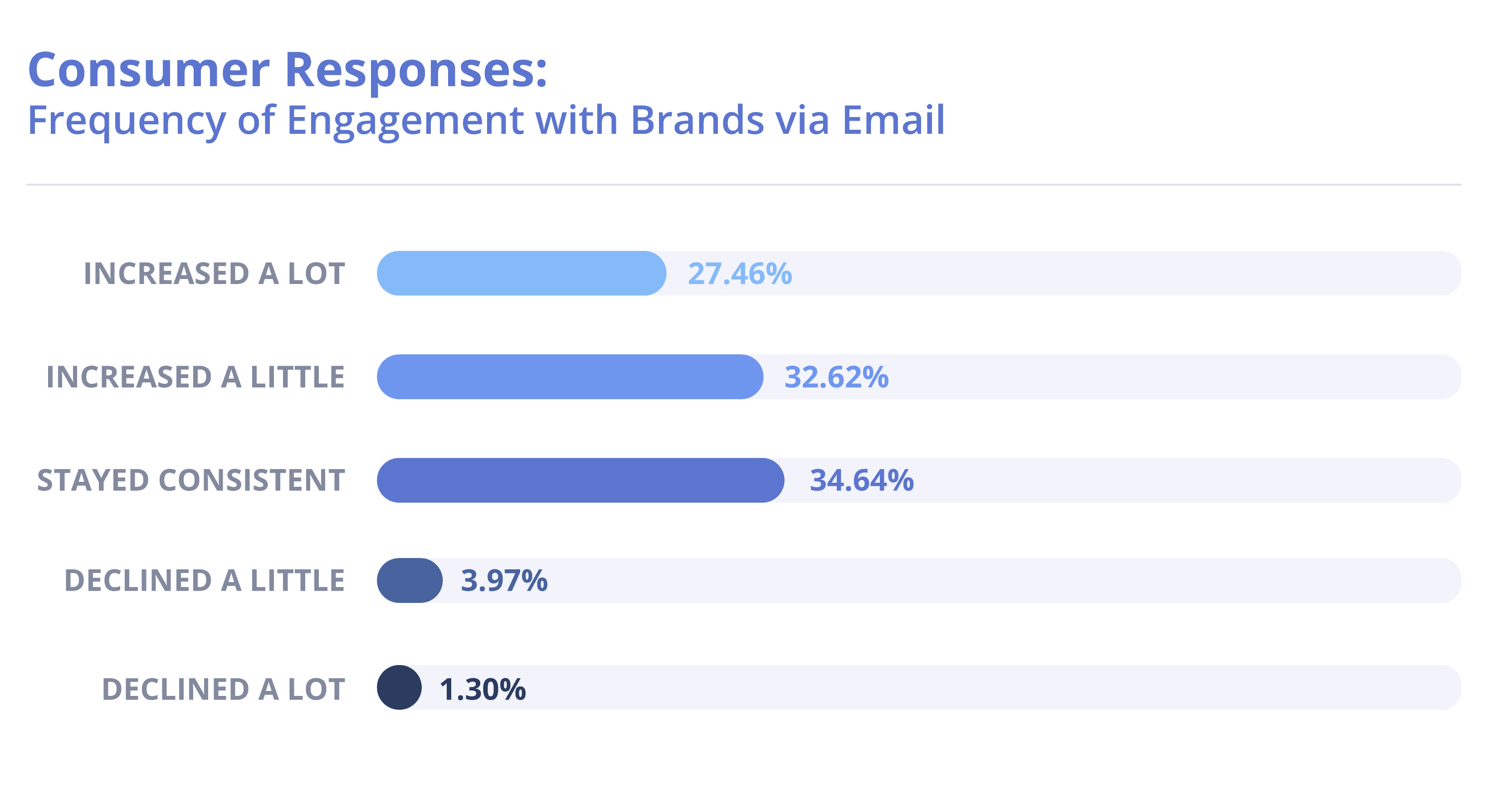 Even with these numbers, always take into consideration that too many emails can backfire on your efforts to promote your brand. It’s also the channel consumers found the most overwhelming – so be careful.

When it came to sometimes feeling overwhelmed, 35% answered as such. Some consumers, around 13% who took the survey, signaled they were rarely overwhelmed, while the remaining 7% responded never feeling that way when receiving too many emails.

If you’re curious how many promotional emails to send – there’s probably no magic number. Just keep it relevant and ask yourself how you’d feel about what and how much ended up in your inbox.

So, happy sending! The emails you create will be keeping your brand top of mind, ensuring consumers will come to you when they are ready to make a purchase.

QSRs using psychology to navigate uncharted territory ahead of holidays