The building blocks of consumer behavior 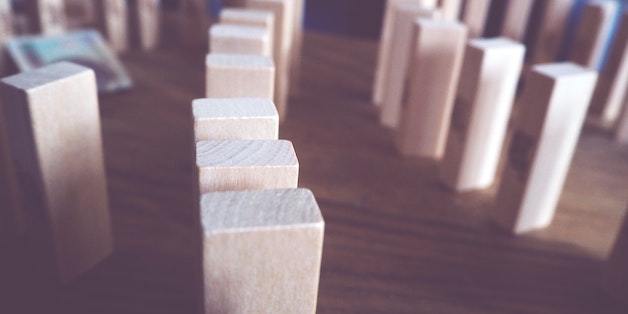 While marketers can’t read the mind of a consumer, that hasn’t stopped them from trying. Data analytics, buyer personas and the consumer journey are attempts to predict future behavior.

Consumer psychology is another means of gaining insight into consumer beliefs, needs and actions. Tara Moran, Senior Research Executive at Spark Emotions, a global market research agency based out of the United Kingdom, spoke to us about how consumer behavior impacts purchasing decisions, the factors that influence consumer behavior and the different behavior types seen throughout the consumer journey.

What is consumer behavior?

To help build your understanding of consumer behavior, we’ll begin by defining the concept. In short, consumer behavior is the way consumers consider, shop and interact with a brand. When described in these three categories, consumer behavior seems simple. However, with the interconnected nature of society, this subject is anything but.

Consumer behavior can be influenced at nearly every level of the consumer journey. Whether your audience is engaging with you online or in-store, their behavior is often a result of various factors. When asked to describe the contributing components, Moran simplified them into two categories: internal and external.

Internal factors can be defined as elements of a consumer’s personality, upbringing or societal standing that impacts their decisions. We often see these showcased in how a consumer identifies with a brand’s actions or the opinions of their closest family and friends.

“You’ve got how a person is raised or things they’ve inherited from their family. You can also look at the in-group they belong to at the moment and how they relate to that brand versus others,” Moran said.

External factors, however, are environmental occurrences taking place outside of the consumer that impact their decisions. Take the current state of the global economy, for example. Many consumers have been known to be more selective with their spending. In psychology, this is known as “the lipstick effect.”

“It’s seen as an economic indicator of financial hardships. You often see people buying small purchases that are relatively inexpensive as an emotional boost,” said Moran.

But this isn’t the only example we’ve seen lately. Remember the beginning of the pandemic? Consumers were rushing to stock up on products; Moran says there’s a psychological explanation behind this consumer behavior.

“We’ve got the fear of missing out and urgency, as well as a desire to follow the herd. If you see everyone else doing something, you don’t want to be the only one who’s not,” said Moran. “With COVID, you don’t know what’s coming next. If we can take control over something like our shopping, that’s one way we might feel like they have control over other areas of our lives.”

(Find out how about how the pandemic impacted consumer behavior on Season 1 of our podcast, "Market with me Quikly.")

Moran describes its purpose as offering more insight into the consumer thought process.

“It gives an understanding of how that consumer is experiencing their environment and helps to explain those behaviors in-store or online,” said Moran.

Split into five groups, consumer behavior looks different for every consumer. Here are quick descriptions of each.

While consumers are likely to take on all of the behaviors mentioned above at some point during their lives, how they interact with your brand will depend largely on what product they’re engaging with.

“We know that consumers who are buying makeup are typically quite considered. They know roughly what they want — waterproof mascara — but they will take the time to consider the different options,” said Moran. “But with something you buy more regularly, there’s less risk involved so you’ll see more grab-and-go experiences.”