The science behind shopping behaviors 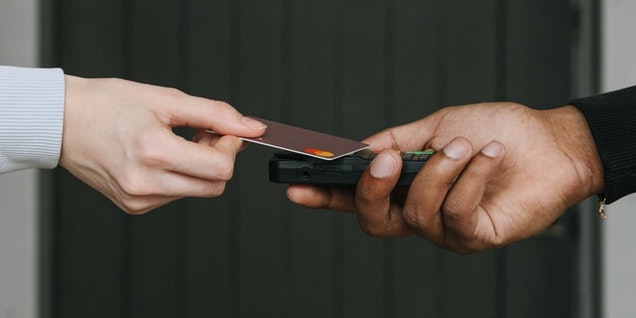 Consumer usage habits are the behavior patterns consumers exhibit while interacting with a product. They give ample insight into the value a brand holds for its audience and provide you with data you can use to ensure your product design, marketing and more are working effectively.

In short, it’s incredibly important for any well-functioning B2C brand to understand how, when, where and why consumers use their products.

Peter Judodihardjo, Behavioral Science Practitioner at Ogilvy,  a London-based marketing agency, shared his knowledge on the consumer psychology behind usage habits, what impact these habits can have on your brand and how you can shape your marketing strategy to fit your desired outcome.

The behavioral concepts that make up a consumer’s usage habits can be broken down into two categories: mindful behavior and automatic behavior.

“Automatic usage is when people are using something without thinking about it. They aren’t weighing any pros or cons before they make their decision, they’re not considering if there’s a better alternative, they’re just acting out of habit,” said Judodihardjo. “Whereas if you’re doing something mindfully, you’re careful about your decision, you’re reading reviews, you might be shopping at a new place…”

So, which of the two behavioral practices occurs most often? The majority of shopping behavior is automatic, Judodihardjo explains. This is especially true when it comes to the low-cost everyday items that consumers buy. Yet, many brands are of the opinion that consumers are more mindfully aware of their buying decisions.

“As a behavioral science consultant, I hear a lot of companies say they want to build automatic consumer usage habits, but they are designing interventions that are more in line with mindful consumption,” said Judodihardjo. “They say: ‘The reason the consumer doesn’t buy our products is because we’re not communicating our benefits, or we’re priced too high,’ but the real reason they aren’t buying your products is because they’ve been buying your competitor’s for the last ten years, and it’s very difficult to break that habit with information alone.”

In short, messaging is ignored the majority of the time when it comes to habitual consumption. Knowing this, you might be of the belief that you should solely focus on nurturing that automatic behavior, but your next step(s) actually depend on the goal of your brand and the products you sell.

“Soap is a great example [of a habitual purchase]. It’s one of those low-cost purchases that we’re buying regularly and using daily so our familiarity is very habitual. If you contrast that with buying a car, that is a big decision that you only have to make every few years. Habitual marketing wouldn’t be as effective for these rare, expensive purchases,” said Judodihardjo.

There are, however, brands who should be prioritizing mindful marketing. Take the confectionary industry as an example. People may eat chocolate on a regular basis, but is it truly beneficial for consumers to be mindless when doing so? At first glance you might think: ‘Of course! The chocolate company wants people to eat boatloads of chocolate.’ But you have to consider how those customers will feel after indulging in the treat.

“People will have one-off binging occasions where they mindlessly over-indulge on chocolate and then afterwards they develop negative associations with the brand. They’ll start thinking: ‘That chocolate brand makes me gain weight,’ and they begin to skip the purchase completely, which hurts the company in the long run,” said Judodihardjo.

“We don't like things that are too different from what we’re familiar with, and that’s one of the reasons why creating habitual products is so powerful.

Judodihardjo says this can be strongly attributed to a psychological principle known as “The Mere-exposure Effect,'' which states that the more familiar we are with something, the more we like it.

“Familiar products are almost like pain relievers — they de-stress us. People eat familiar foods that they grew up with because of this Mere-exposure Effect. It’s very relevant for companies to understand that sometimes consumers are using their product as a comfort device, not because they really believe it’s superior to their competitors, but because they’ve been using it since they were children,” said Judodihardjo.

This can be particularly useful information for brands who are trying to introduce something new to consumers. Essentially, your goal is to break a habit they might have around the type of product you sell, but you can appeal to their brain by showcasing something that is both new and familiar.

When Tesla released the first few models of their car, they chose not to go with radical exterior designs despite the innovations found inside. Why? Because conventional cars are actually preferred by most consumers. Tesla’s design strategies helped to birth an empire; the car brand regularly ranks as one of the most sought-after brands.

It’s important to note that influencing a change in consumer usage habits is not easy. An ingrained user habit is incredibly difficult to shift, and the more times they’ve repeated that decision in the past, the more difficult it will be to move the dial. Habits are largely formed based on routine; if you want to change the habit, you’ll have to change the routine.

“Habits are performed in the same way, in the same place, at roughly the same time of day every single time, and if you change one of those variables, you can have much greater success in getting people to be aware of what they’re doing and adjust their preferences,” said Judodihardjo.

Many times consumers aren’t fully aware they’ve formed a habit. They got into a pattern, and for one reason or another, it stuck. If you’re lucky, they won’t even enjoy your competitor's product that much, but it will be up to you to make them aware there’s something better available.

“One of the most fundamental properties of a strong habit is that it operates independently of whether or not the person actually enjoys what they are doing,” said Judodihardjo. “Most of the time we check social media and there’s not really anything interesting happening, but we still do it because it’s rewarding sometimes and if that happens enough, we start to say, ‘It’s worth it for me to start checking it automatically.' ”

When you break a habit for your consumer, you allow them to align their behavior with what’s actually enjoyable for them. Judodihardjo gave an example of a study done by Dr. Wendy Wood on habitual popcorn eaters. As part of the study, a cinema full of moviegoers were given a bucket of popcorn; half were given fresh popcorn, the others received stale popcorn. When eating it as normal, everyone consumed a significant amount no matter the taste, but when the participants were asked to eat with their non-dominant hand, those with the stale popcorn barely ate any at all.

Their routine was broken, and they had to re-evaluate how much they actually enjoyed the product. The relevance for your brand is simple: If you believe that your product is better than anything else on the market, then breaking habits will be extremely beneficial, but if you make a major change in your product (the design, the functionality, etc.), and your consumers don’t like it, this shift may backfire.

When attempting to break a consumer usage habit, your approach will have to be radical enough to make consumers notice it. A small change won’t make consumers look at your product any differently. But a monumental change will. This change can happen by way of your marketing content or whatever is currently happening in your consumers’ lives.

Domino’s Pizza is a brand who has done a great job at capitalizing on significant life events. The pizza chain appeals to first-year university students in the United Kingdom during the Fresher Fair, an informational event for freshman students.

“Students when they first arrive at university, are going through, arguably, the biggest habit discontinuity moment of their life. They’ve been living with their parents for 18 years, their parents have been cooking for them, this is the first time they have to really feed themselves. They don't have eating habits anymore, making this the perfect opportunity for Domino’s to say, ‘If you don’t have eating habits anymore, why not use Domino’s,’ ” said Judodihardjo.