The psychology of fast-food nostalgia 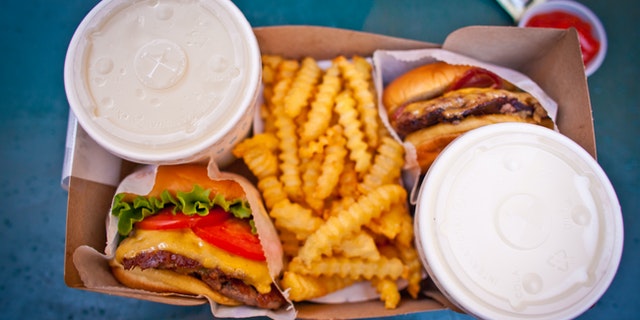 How do you feel about fast food?

I don’t mean your thoughts about its purpose in your life, but your emotions around the meals you’ve consumed. Do you have fond memories of drive-thrus and greasy paper bags? Are there moments, filled with french fries and soft drinks, that you miss?

If so, you’ve experienced nostalgia around fast food. At first glance, it’s easy to conclude that discontinued items and old packaging are the reasons for such longing, but consumer psychology says there’s more to this concept than meets the eye.

Here’s what you need to know:

Nostalgia influences the past and the present

While you may be familiar with feelings of nostalgia, there’s no better refresher course than one with an expert. After all, nostalgia is a large part of why people yearn for past experiences.

“Nostalgia, in terms of brain processing, does activate areas of the brain that make people feel good. They’re comforting emotions like feeling loved or secure, just feeling better, really, [experiencing] an overall elevated mood state,” Batcho said. “There are some other emotions. It’s not pure joy. It’s more of the comforting feeling you felt when you were a child and your parents read you a bedtime story.”

But nostalgia isn’t fully based in human emotions. There’s a cognitive component as well.

“You’re retrieving memories when nostalgia is activated in the brain, and there are cognitive connections between retrieval of our lifetime memories and those feel-good emotions,” said Batcho. “So what you have is this complex but wonderful event of both emotions and memories that link together and, for most people, that experience is beneficial.”

Those positive memory associations can happen with anything that’s ever made a person feel good, including the meals they’ve had and who they shared them with.

“Rarely do we eat because we’re hungry. More often than not, it’s a social activity; there’s a lot of things going on, and part of that is nostalgia,” Spence said. “I think whenever we eat something we reference back to that moment, we’re immediately taken back to our childhoods, what our parents did, and that warm fuzzy feeling ends up enhancing what you’re tasting.”

But that could happen with a lot of meals, right? The ones at Sunday dinner or the local late-night diner? And while those dishes might hold a special place in your heart, there’s a reason why over 200,000 quick-service restaurants (QSRs) exist in the United States — desirability from customers.

In the case of QSRs, that answer lies in high quality control. Oftentimes, the burger you ate at a fast-food restaurant 10 years ago will taste, look and smell the same today. You know what you’re getting and for a lot of people, there’s a certain comfort in familiarity.

“Underlying this attachment to certain brands, and the way that those brands have been through our lifetime, is this sense that change is a part of life and while we appreciate it in some contexts, change is scary and it brings anxiety and stress,” said Batcho. “One of things we really need is continuity; what has remained the same?”

That connection between nostalgia and trust, Batcho says, is what people gravitate toward. People want to depend on what’s tried and true. And as it pertains to fast food, the nostalgic ties we feel are a result of fast-food’s impactful history.

With A&W opening their drive-thru service in 1919 and White Castle following soon after in 1921, many of us don’t know a life without fast-food. Whether or not you partake in the occasional hamburger or ice cream cone isn’t the point. We’ve all heard the commercials, smelled the food or seen the large glowing signs on the highway.

For many consumers, their childhood is the earliest memory they have with fast-food restaurants — and as you'll come to learn, this has a major impact on nostalgia and brand loyalty.

“I can imagine, on the short-term scale, how the little gifts at McDonald’s would’ve helped bring in a whole set of younger customers. It’s not just about the food; there’s a lot of things that create happy memories and convert people to a brand once those children become adults,” said Spence.

There’s no denying that QSRs have found a way to please the palates of many people and to create an environment in which those people can enjoy. From the food to the architecture, QSR restaurants have cultivated a space for every consumer, and their research hasn’t been in vain.

“Fast-food restaurants have spent a lot of time trying to figure out what makes people happy and that means [asking], ‘Do people like crispy things? Sweet things? Meaty tastes?' " said Rozin.

Safe to say, those questions resulted in decades of data that QSRs could use to better serve customers and their brands.

“I’ve worked with McDonald’s and other big chains over the years and also with a lot of independent chefs, and there’s something to say about how the lesser known experts might have intuition and ideas, but they don’t have enough data, enough footfall, enough people coming through the doors to really understand [their customers],” said Spence. “Whereas these fast-food corporations are the biggest food service providers out there and they can generate a phenomenal amount of data that allows them to ask, 'If we lay out our menu a certain way what happens?’ ”

Ever wondered why some brand packaging comes with certain imagery or language? While it’s partially due to the mission a company has set forth, it also has a lot to do with marketing psychology. Communicating emotions outwardly with the use of packaging and other adverts has a profound impact on how consumers perceive a brand and how it will make them feel.

“An action as simple as putting a smile on a package can suddenly make customers feel even better about what they see,” said Spence.

That happiness, like Spence said earlier, then can carry over into adulthood and become part of the reason many consumers think fondly of the days spent eating fast food in their younger years. And as you know, that nostalgia is also partially due to the loved ones who were eating it.

Nostalgia connects humans together. It’s a unifying emotion. There are moments in time — major life changes, like grief, romance and coming-of-age experiences — that every human being has encountered and, in some sense, is nostalgic for.

If nostalgia is so universal, it must serve a purpose. Batcho’s early research concluded that nostalgia has most likely always been experienced by humans across all different cultures and historical time periods. Its function, she determined, was strongly dependent on human relationships.

“Human beings don’t survive without one another. If a baby was abandoned in the wild it would die. We need one another to survive. So from an evolutionary point of view, those things that bond us together will be crucial for survival, and nostalgia does that. It enhances our social emotions and connects us through memory,” said Batcho.

Spence agrees and says humans’ social emotions are not only connected through memory, but food as well.

“Food is a lot about social interaction and connection. Sharing food is a very intimate act, and that’s something that’s lost on a lot of contemporary restaurants, but it is something that comes out in fast food,” said Spence.

If you’re on any of the popular social media sites, it’s quite possible that you have seen consumers discuss their desire for fast-food brands to bring back certain items, no doubt a result of their nostalgia for the past.

Many people believe this desire comes from a yearning for the product they once knew: the packaging, the messaging, the taste. And while there is some truth to this, the problem with reverting back to an old brand strategy is that brands are at the mercy of the consumer’s memory and every aspect that makes a moment memorable, people included.

“The problem is people’s memories are fallible; they’re not perfect. So when the manufacturer brings back the old packaging or the old item, we’re disappointed because it isn’t exactly how we remember it,” said Batcho. “That’s because it’s not the same if you’re eating the product from the old packaging all by yourself, when actually the nostalgic value comes from when you used to do it with your friends or relatives.”

But that doesn’t mean it’s a complete failure.

Nostalgia can be leveraged through different means, one of which being segmentation. Marketing fond memories works best when the audience being marketed to actually remembers the content you’re sharing. Bringing back packing from the '60s won’t necessarily impact a young teen like it would for someone who saw the first man walk on the moon.

Brands can also rely on the universal aspect of nostalgia that was mentioned previously. They can take the moments that span generations, ethnic backgrounds and geographical locations and pull out nostalgic ideas everyone can relate to.

Nostalgia for shared experiences at fast-food restaurants is inspired by a wide range of concepts, from taste and smell to science and emotions.